Award-winning comedy shows and events for TV, radio, and theatre. 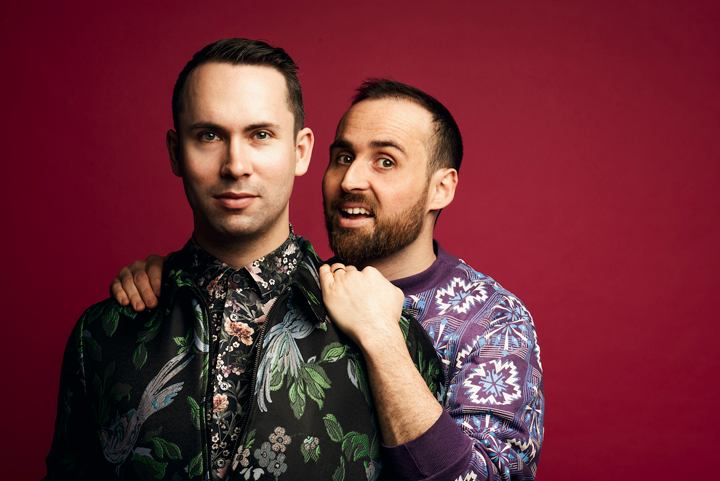 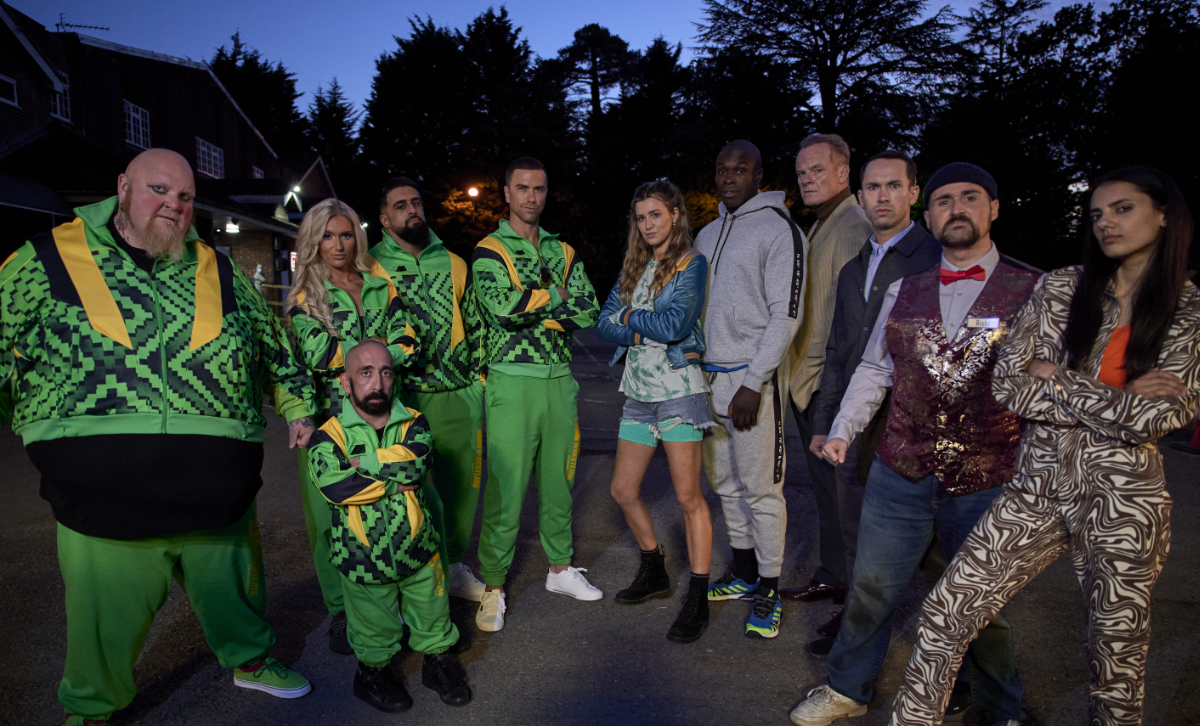 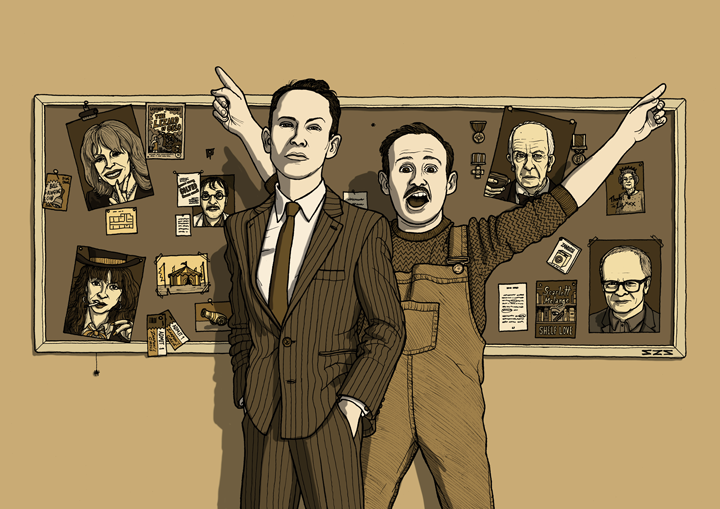 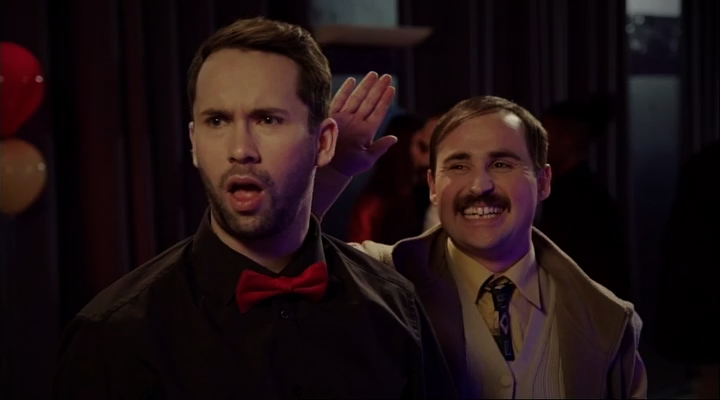 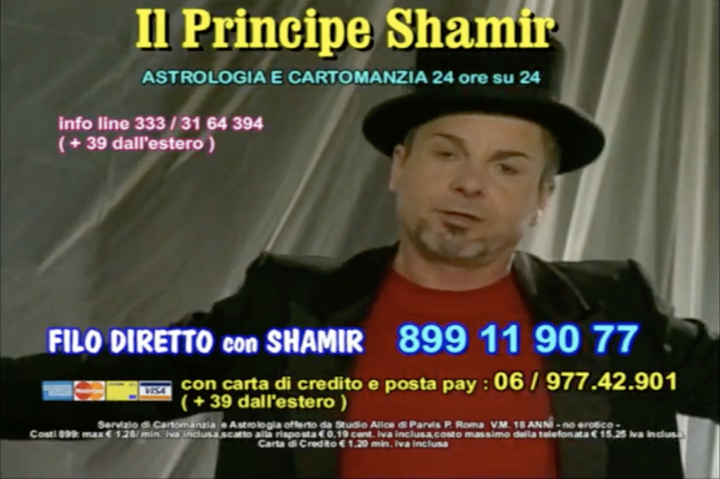 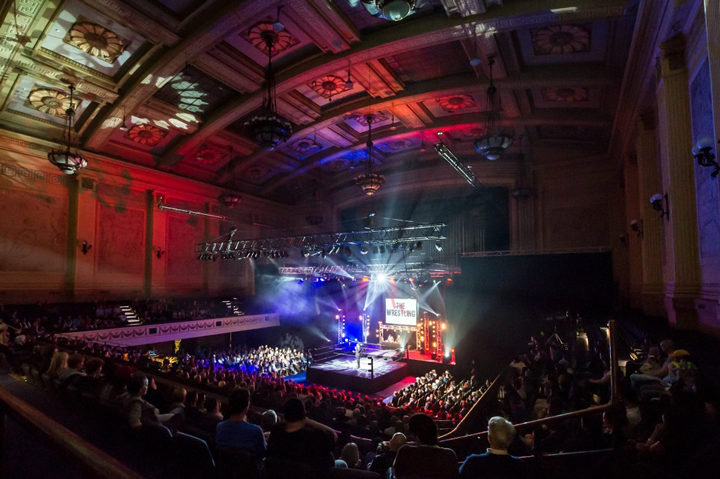 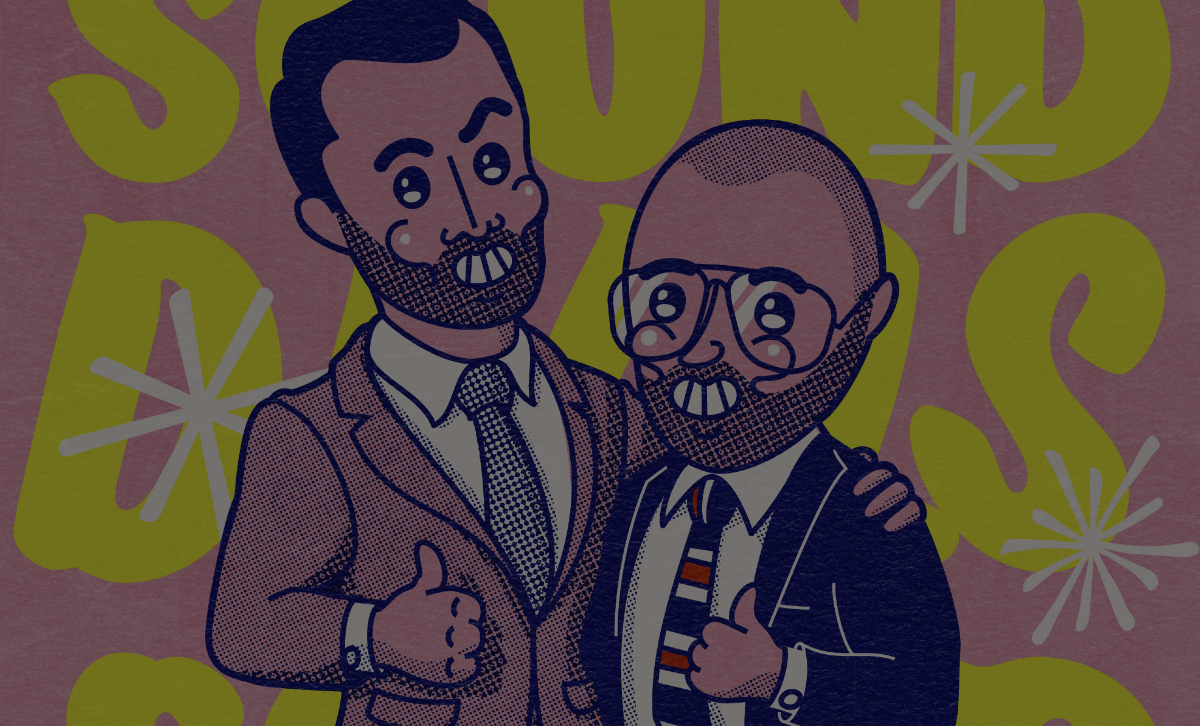 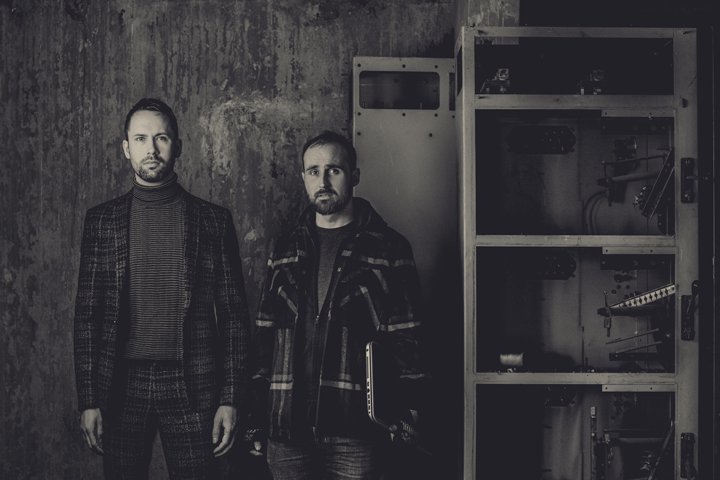 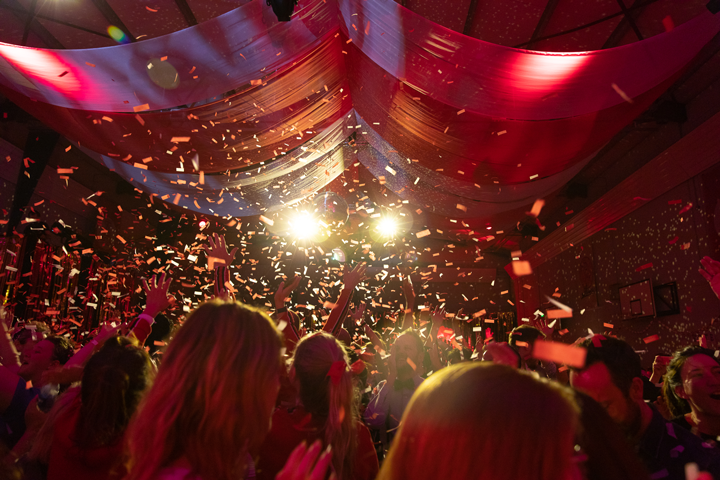 Max & Ivan are a globally acclaimed comedy double-act, who have performed their intricate multi-character live shows at SXSW festival, the Adelaide Fringe, the Edinburgh Fringe, and the Melbourne International Comedy Festival, as well as on tour throughout the UK.

They produce large scale events for festivals, write for radio and TV and have appeared in all your favourite TV shows (providing your favourite shows are W1A, Peep Show and Drunk Histories).

Alongside Graham Dickson, they are co-founders of The Free Association, London’s premier improv school.

Their most recent show, Max & Ivan: Commitment, was one of the Guardian’s best comedy shows of 2019, and was nominated for Best Show at the 2020 Chortle Comedy Awards.

As producers, Max & Ivan have created a number of highly successful live formats, including the supershow The Wrestling - where the world’s best comedians step into the ring and actually wrestle alongside actual (enormous) professional wrestlers – which has played to sold-out audiences in Edinburgh and Melbourne since its first outing when it scooped the Edinburgh Comedy Awards Panel Prize.

Their BBC Radio 4 sitcom The Casebook of Max & Ivan, ran for two series (and two specials) and has attracted guest stars including Matt Lucas, JuneWhitfield, Reece Shearsmith, and Jessica Hynes. Community Disservice, an episode featuringJoanna Lumley as faded but glamorous actress Lavinia Moncrief, was chosen for Radio 4’s Pick of the Year.

They also created a Comedy Blap for Channel 4 based on their hit live show The Reunion. As actors they have appeared separately on a range of shows, and together as near-mute executives Ben and Jerry in the BBC’s W1A. Very good, very strong.

GET IN TOUCH
MAIL [AT] MAXANDIVAN [DOT] COM
JOIN OUR MAILING LIST
For - on average - one email every three years.
THANK YOU!
Oops! Something went wrong while submitting the form.
© 2020 . All Rights Reserved

‍Commitment is the TRUE STORY of the unreasonable lengths one best man (Max) will go to give one groom (Ivan) the greatest weekend of his life.

Commitment is a show about dreaming big, growing up, and trying – but ultimately very much failing – to make it in the band.

It's also our BEST SHOW (or at least we think so).
‍ 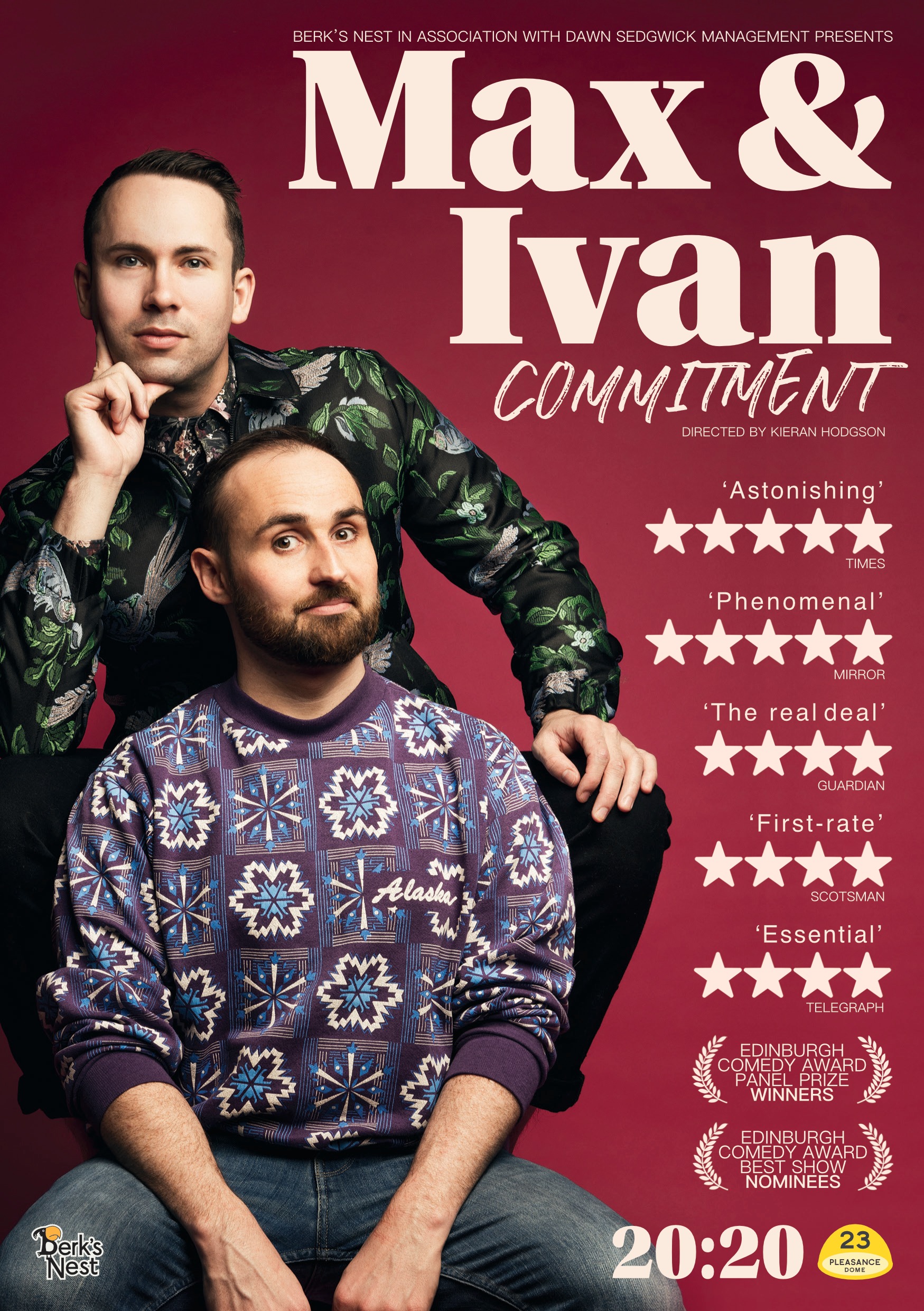 Thanks! Now check your email...
Oops! Something went wrong.

(Or Ivan has failed to design this website properly...) 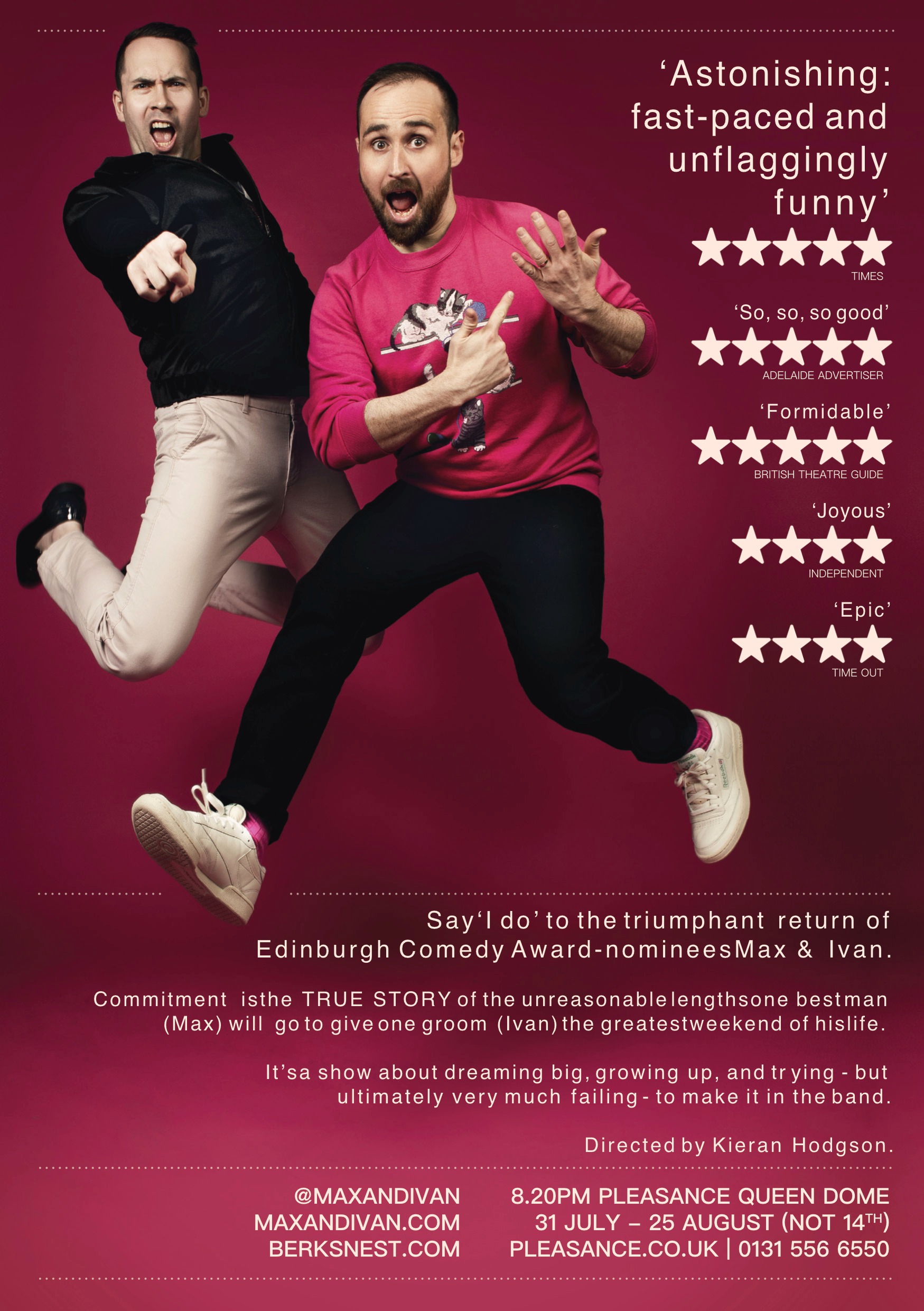 ★★★★
‘A DOOZY… BIG OF HEART, PACKED WITH LAUGHTER.’
THE GUARDIAN

‍So grab some stale popcorn and an overpriced foam hand, andtake a front row seat as you get to know your new favouritewrestling-company-that’s-on-the-brink-of-shutting-down: BOSS PRO WRESTLING…

SOUND DEALS is the world’s premier (and only) Podcast Shopping Channel. Recorded live at the Sound Deals warehouse (location unknown), we are joined by an array of special guests as they are given made-up products to sell, and forced to improvise what they are and why YOU should buy them.

Got a product you’d like featured? E-mail it to sounddeals@maxandivan.com! 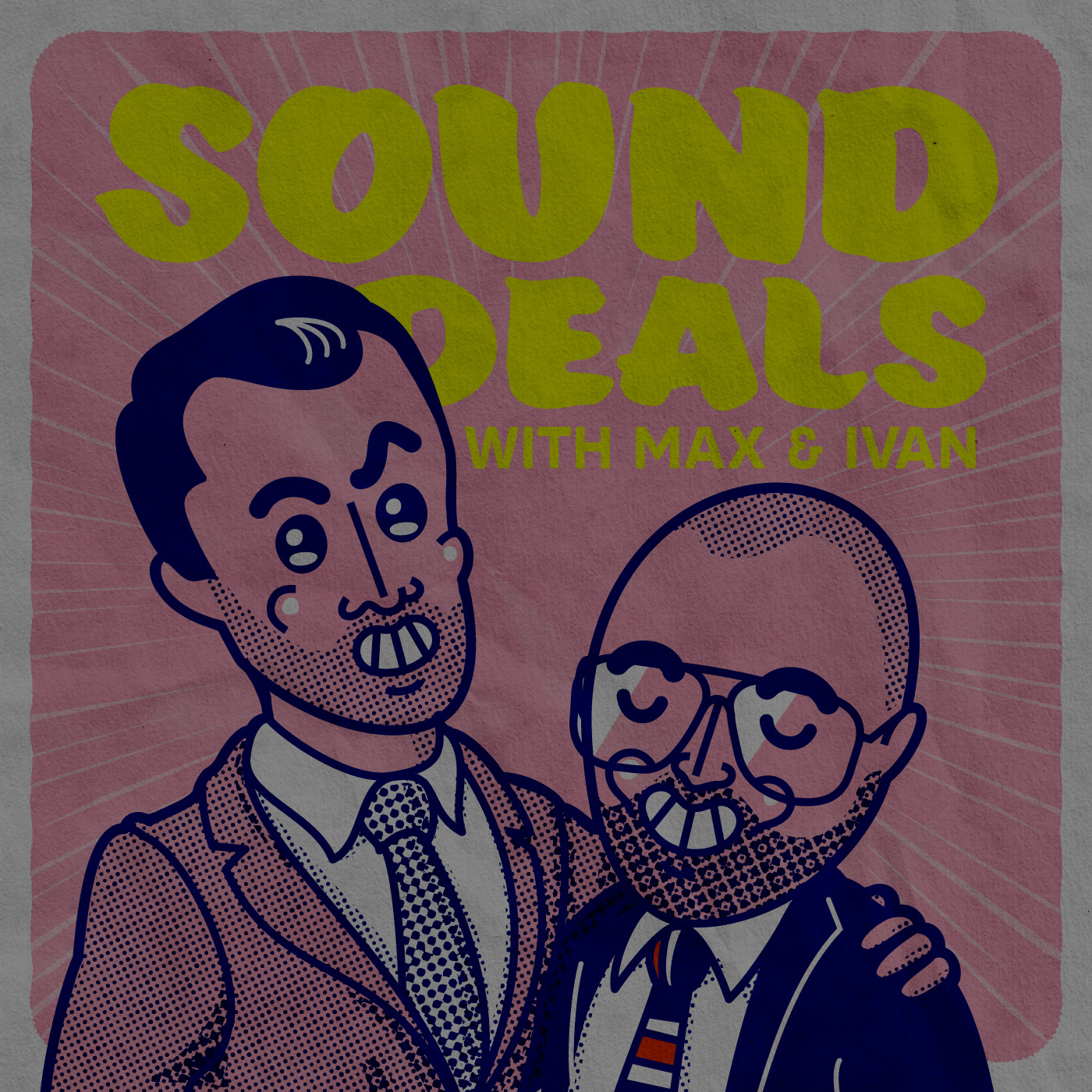 The Wrestling will happen in London for the very first time on Sunday 5th March in Indigo at the O2, closing the Just For Laughs festival ↓ 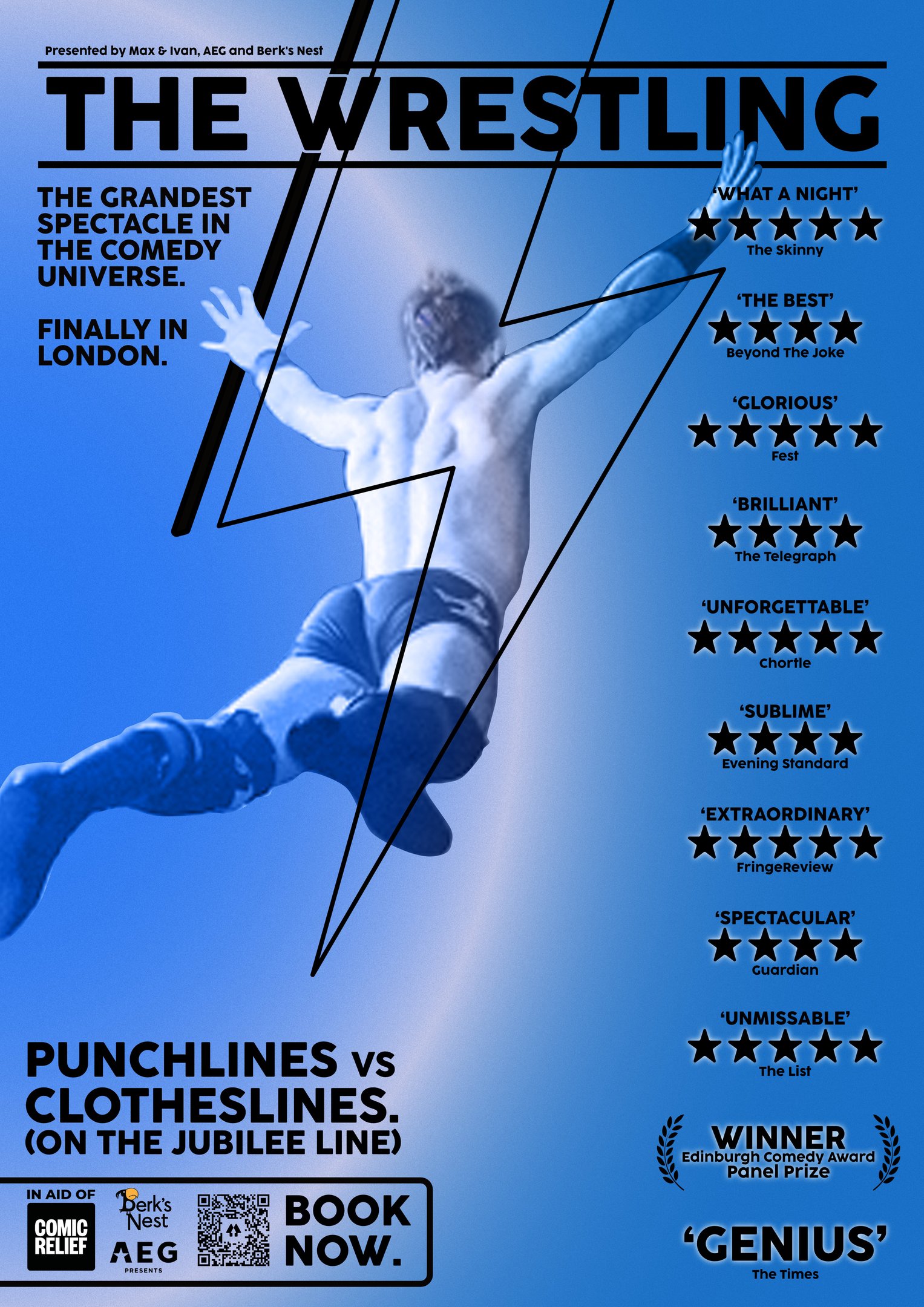 THE WRESTLING is a death-defying, Edinburgh Comedy Award-winning, sell-out mega-show - the grandest, most outrageous spectacle in the comedy universe.

Stemming from Max’s misspent youth as the UK’s youngest professional wrestler (Max Voltage, the Human Dynamo), it’s a world of spectacular high-flying action featuring your favourite comedians as you’ve never seen them before.

Since The Wrestling began, Aisling Bea has been hurled over the top rope (whilst cheered on by her manager, devout nun Katherine Ryan), Joe Lycett has been crowned champion, Sara Pascoe has been carried in on the back of an entire semi-nude team of acrobats, and Max & Ivan have done battle atop a ladder - all in front of a feral live crowd.

Good versus evil. Clotheslines versus punchlines. As seen in Edinburgh, Melbourne, and (watch this space) beyond…
‍

★★★★
‘MUST BE SEEN
TO BE BELIEVED’
THE GUARDIAN

Since its release, Fugitives has hit #1 in the Apple podcast charts in the UK, Ireland, Australia, Canada, Germany, and Oman(!).
‍ 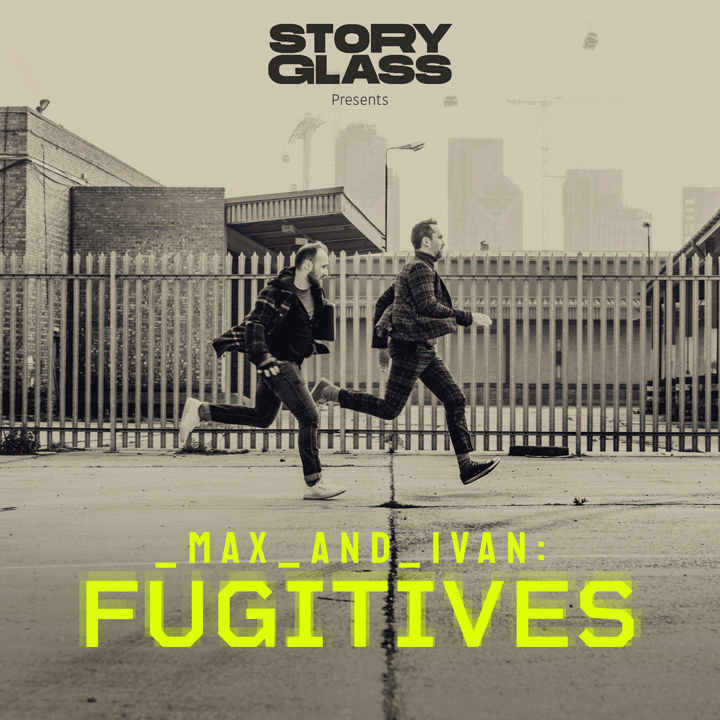 THE COMEDY PARTY OF THE YEAR.

You are invited to a real-life, late-night, prom! So dress up fancy, get your dad to drop you off at Assembly High – the only high school inhabited by all your favourite comedians – and come and party like it’s 1955! (Or, if you subscribe to the obscure fundamentalist beliefs of science teacher Mrs Jefferies, 1643.) 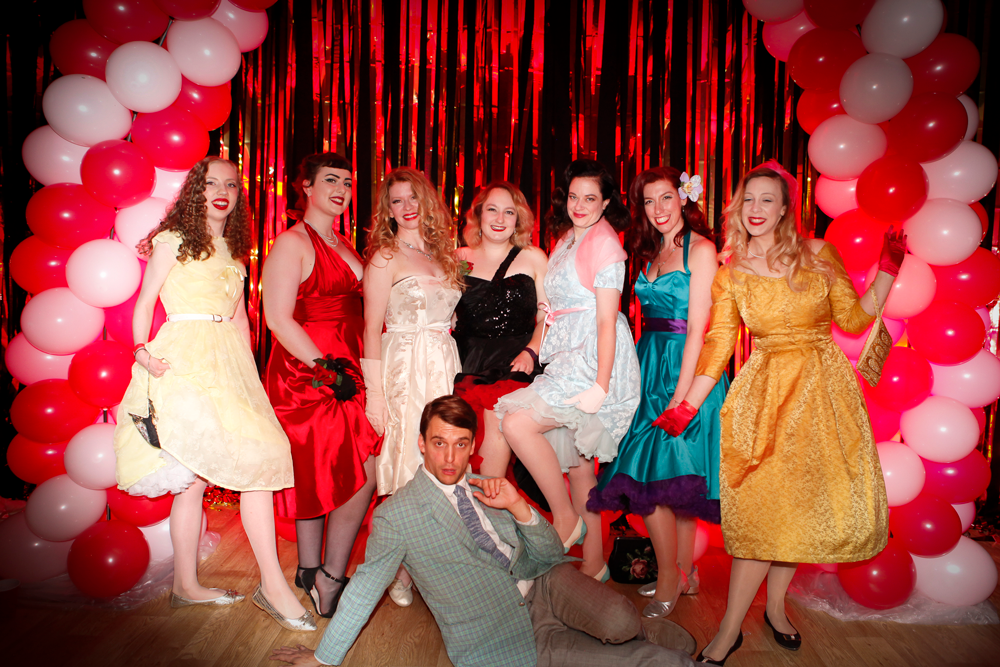 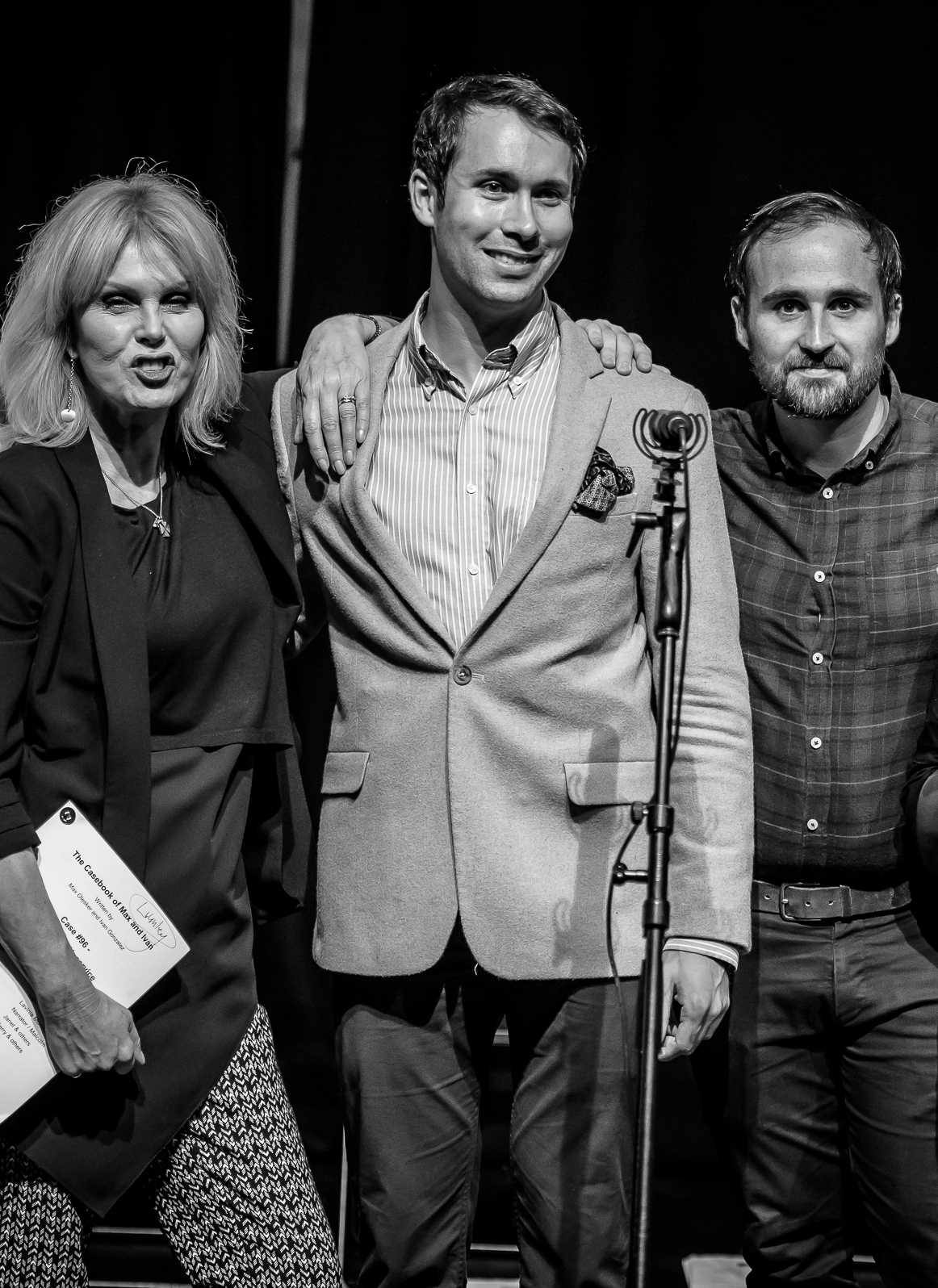 A tale of love, loss, and shatter-proof rulers. The Channel 4 Blaps based on the Edinburgh Comedy Award-nominated live show.

Literally the most pointless stupid bullshit we’ve ever made.